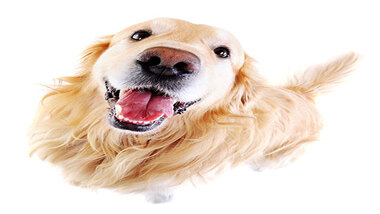 Licking is included in some of these natural behaviors that dogs are born with. All dog breeds don’t lick everyone, they lick someone special to them, and there are many reasons why a dog licks someone. Almost it is a good behavior

Why do dogs lick you?

Sometimes owners think that their dog’s licking is out of affection, but this is not always the case because it can be due to many reasons such as taste, attention-seeking or for a reward, affection, communication, medical problem, grooming, to show submission, enjoy or just research.

It is true that dogs love to lick. There are many dog ​​owners who think that the licking behavior of a dog means showing affection and kissing them, but this is not the only reason behind the licking of a dog.

Why do dogs lick you so much?

Not all dogs lick people in the same way or set the amount; their licking behavior also varies from one dog to another. Some dogs like to lick their owners, and some of them do not like this act as much as other dogs, it is because they are not as communicative with their tongue as other dogs.

You should keep this in mind that licking is not always normal. If your pet licks excessively in the same place, then it may refer to some major medical problem, so you should discuss it and consult it with your veterinarian.

The information provided below will help you discover and understand some of the reasons why do dogs lick people or their paws:

When a puppy is born, the first thing a mother dog does is clear his nostrils by licking so that the puppy can breathe. This lick from a mother to her puppy also helps to stimulate blood flow in the puppy when he is born.
Litter will often lick the other puppies as well, which will improve the bonding of puppy’s packs. To show affection and love to humans and other dogs, adult dogs and puppies get used to the phenomenon of licking.

It is a well-known fact that to collect a lot of information about their environment and other creatures by using their nose and mouth.
Have you ever noticed that dogs lick or smell the urine or feces of another dog; this is because they are trying to understand what the other dog smell is. The most important factor why the dog licks; it’s a good taste. Human skin can be quite salty or have some residue from the food you just ate, and dogs like it too. So a human body has an interesting and surprising taste that your dog will love to taste and explore.

It is seen that in the wild, wolves lick their mother’s face when they want their mother to feed them when she regurgitates her hunt.
Nowadays, it has been observed that dogs often bond and lick the mouth and face of other dogs to communicate with them. To discover the intentions of any other dog, dogs can lick their face. This is not just for dogs, but you will often notice that dogs also lick people’s faces to try to figure out how to show submission and know their intentions.

4. Attention Seeking/ For A Reward

When your dog licks you, you always tend to respond sensitively to claws, you often pay attention and affection to your pet and also like to give treat or reward to a pet.
If you do this even if you are trying to get rid of your dog, these acts work as a stimulus for your pet. Besides this, it is also good to know that licking releases endorphin hormones in dogs; the release of endorphin hormones makes your dog feel calm and comfortable.

The reason for “Show presentation” is the same as for the “Communication” section, since it is a fact that puppies lick their mother’s mouth or face for food, but lick the mouth or face of others shows that the dog is interacting with other dogs or people.
This dog licking activity is actually to let other dogs and humans know that they like them and that they don’t want to hurt them. This is a very subtle and effective way to communicate with other dogs and people.

6. For a medical problem

If you notice that your dog is licking in the same spot repeatedly, this may be due to some medical issues, so it should be taken seriously.
This could be a sign of anxiety or any other serious medical problem, such as an allergic reaction or sensitive skin. If you notice any signs of these, it is the best option that you visit and consult with your veterinarian and ask for a proper treatment or diagnosis.
These problems can be solved and treated quite well and easily. For example, allergic reactions and sensitive skin problems are highly dependent on diet, so they can be treated by improving and giving a good diet to your dog.

Like all species, dogs can also get bored and lonely. So in this situation, licking helps them and gives them some pleasure through the release of endorphin hormones. But licking also involves another person in the situation that the dog is licking. This licking activity helps dogs gain attention and perform a type of activity.

It is well-known information that dogs are inquisitive in nature and that they have sensors on their tongues. As they have a high sense of smell and taste, both senses also work and are connected to each other in tender ways.
If you notice them during a walk or jog, you will see that they are tasting and smelling almost everything around them. Their heightened senses of taste and smell allow and make them able to taste and smell a wide variety of things after licking, and they can predict through their senses where you are and what you are doing.

Why do dogs lick their paws?

As we all know, the canine has a greater sense of smell than we do, so they may be licking to remove something smelly or dirty or food from paws.

It is part of self-grooming. If your dog licks his paws excessively, it may be due to a medical problem, injury, or abnormal growth.

Licking is a common behavior for dogs to show affection and love, but it can also be for a variety of reasons. If your dog is licking more than usual, you should closely examine him and try to learn about the problem.

It may be due to an allergic reaction or skin problem. You should contact your veterinarian for proper diagnosis and treatment by a vet.

How Often Can a Cat Go into Heat?