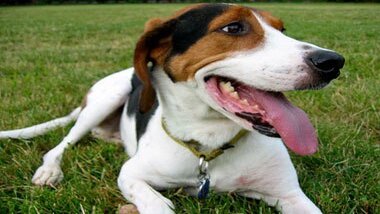 Treeing Walker Coonhound Hunting dogs are brought to America from Europe in colonial days. Treeing walker coonhound and Foxhound originate from the same ancestor.
If you are thinking of owning a dog but are confused between them, then this detailed comparison between these breeds is especially for you.Treeing walker coonhound and Foxhound are challenging to distinguish based on appearance but can be differentiated based on behavior. In the hunting situation, the differences are more prominent.
Note: in this article, we will not compare American foxhound vs English foxhound, both are very similar

To Compare Foxhound vs Coonhound, We should know the History

Treeing walker coonhounds originally evolved from the Walker Foxhound, which developed from Virginia hounds that evolved from the English Foxhound brought in from Europe.
American hunters used to hunt animals that can climb trees such as raccoons, gray foxes, possums, bobcats, mountain lions, and black bears. They selectively bred those hounds that can chase prey and barked at the treed game. They keep the prey in the tree until the hunters arrive.
These coonhounds separated as an individual breed in the 1940s. In the United States, about half the population is a treeing walker among all purebred Coonhounds.Foxhounds are mainly of two types, one is the English Foxhound, and the other is the American Foxhound. The American Foxhound is a cousin of the English Foxhound and is closely related.
Foxhounds were primarily developed to hunt red foxes, deer, or coyotes that did not need to chase prey to the tree. These dogs are also known as a running walker hound opposite to treeing walker.

The Foxhound and the treeing walking hound are very familiar in appearance and body structure. In general, hound dogs have a slightly racier and leaner build, as they have to run. Tree walker coonhounds are about the largest size of the beagle.
Treeing walker coonhounds and foxhounds are almost white in color, but sometimes a different color is sprayed on the white coat as well. The full white color is not desirable because, at some point, it is related to deafness. 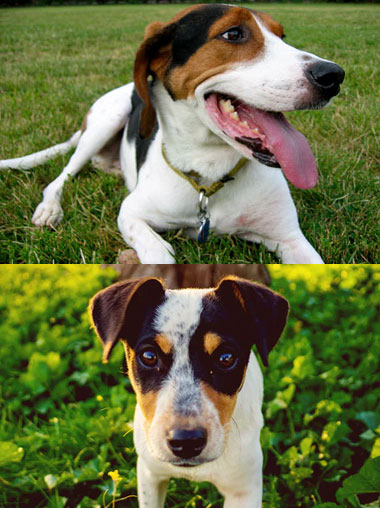 The Treeing Walker Coonhound is smart, alert, active, brave, and courteous with extreme stamina and a desire to act. They are little challenging to train because the trainer has to understand his mind and only train with positive reinforcement.
Foxhounds are friendly and easy to deal with, but sometimes they can also be independent and stubborn. If they are raised at home, then they can be wonderfully devoted and mild-tempered. They get along very well with children.

Treeing walker coonhounds and Foxhound are hunting dogs. They are difficult to differentiate based on appearance, but you can recognize them by looking at their paperwork and behavior during hunting.

The Complete Truth About Down Syndrome Cat

The Average Lifespan of Pet Parrots (How to Improve It)